Banner offers some of the lowest term life insurance rates

Banner Life Insurance Company is in the business of providing financial protection through life insurance for families living in America from coast to coast. 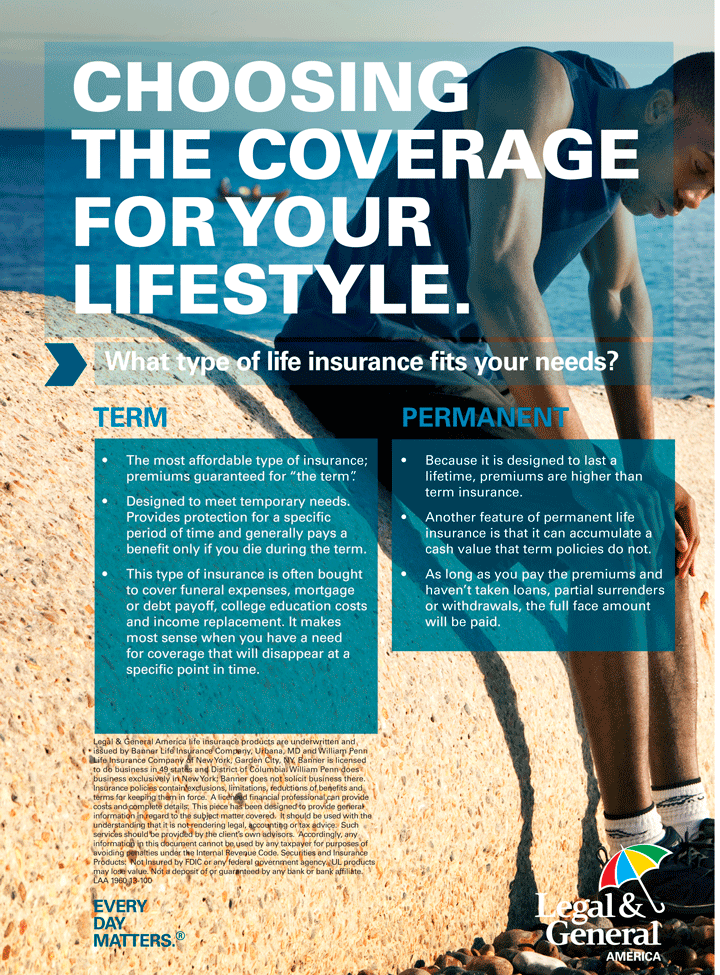 Click for
INSTANT LIFE INSURANCE QUOTES
Banner started its’ operations in in 1949 and sixty-plus years later is still a growing company.  At year-end 2010, Banner had more than $415 billion of life insurance in force; according to A.M. Best.  They ranked 12th among all U.S. companies for new coverage issued in 2010.

While Banner is licensed to conduct business in every state and the District of Columbia except New York, they have a subsidiary company to provide protection for families who live in New York.  William Penn Life Insurance Company of New York has been their New York branch for twenty years.  The executives who provide financial management for Banner do so for William Penn as well.  Policyholders in New York can share the national confidence in Banner’s financial strength.  At year-end 2010, William Penn had nearly $69 billion of life insurance in force. 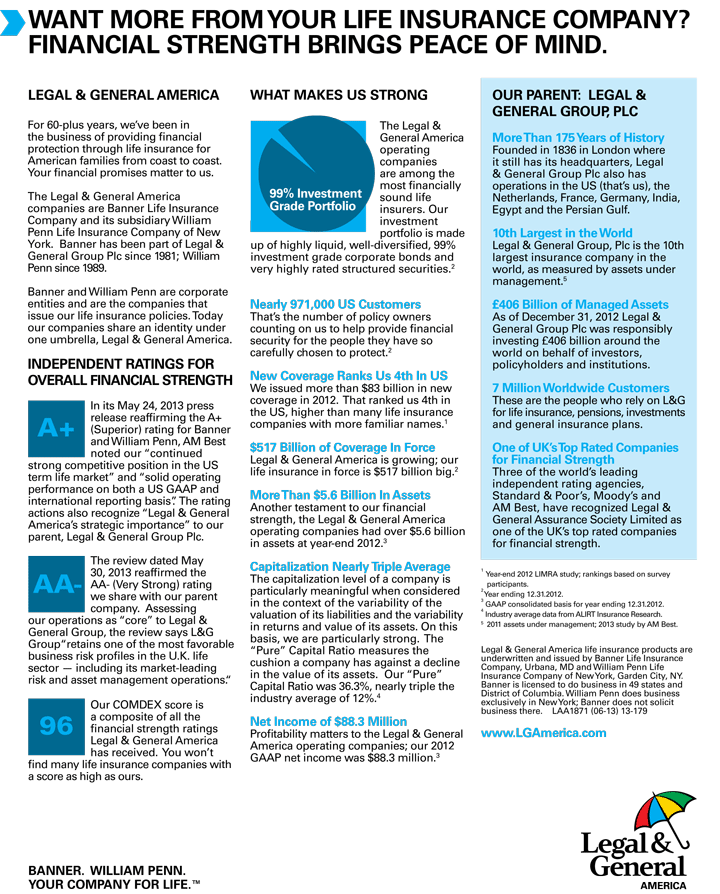 Banner is a subsidiary of Legal & General Group PLC which is headquartered in London.  L&G calls its U.S. operations Legal & General America, Inc. and Banner is part of that corporate entity.